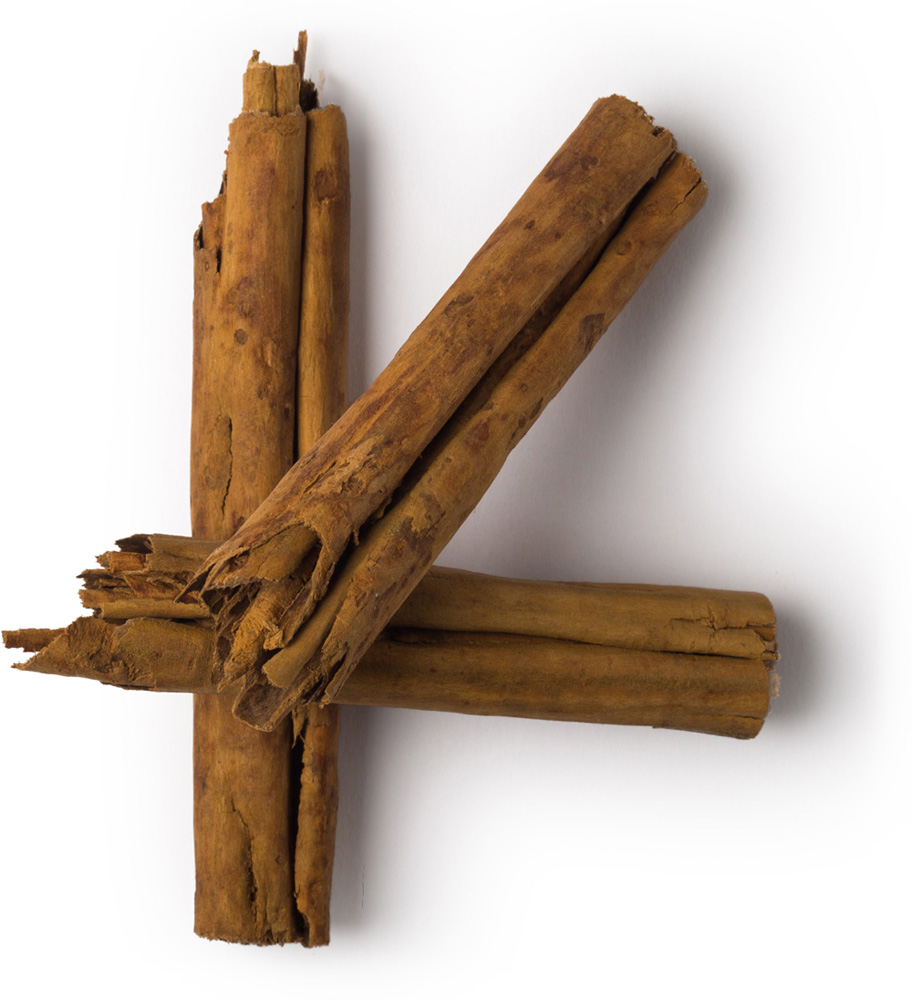 7
Products with this ingredient
View all products

Cinnamon leaf oil has a rich, woody and spicy aroma. The oil stimulates blood flow and warms up the skin and scalp.

Cinnamon, also called Ceylon cinnamon, is a small evergreen shrub from the Laurel family. The tree is native to Sri Lanka (formerly Ceylon) and it is mostly farmed for its bark, from which a warm, comforting spice is derived from. The outer bark is stripped away and left to dry out into copper-coloured curls.

The oil is extracted from the large green leaves of the tree by steam distillation and contains high levels of cinnamaldehyde, a component responsible for the renown warm and spicy scent of all plants belonging to the Cinnamomum genus.

Cinnamon was once more valuable than gold and was very important in the spice trade. It was also often used in medicine and perfumery. According to the legend, cinnamon quills were used to make the nest of the mythical phoenix. The bird carried the cinnamon twigs to high mountain precipices and then set them on fire; both nest and bird burned fiercely and would be reduced to ashes, from which a new, young phoenix arose.

Cinnamon Leaf Oil can be found in these products