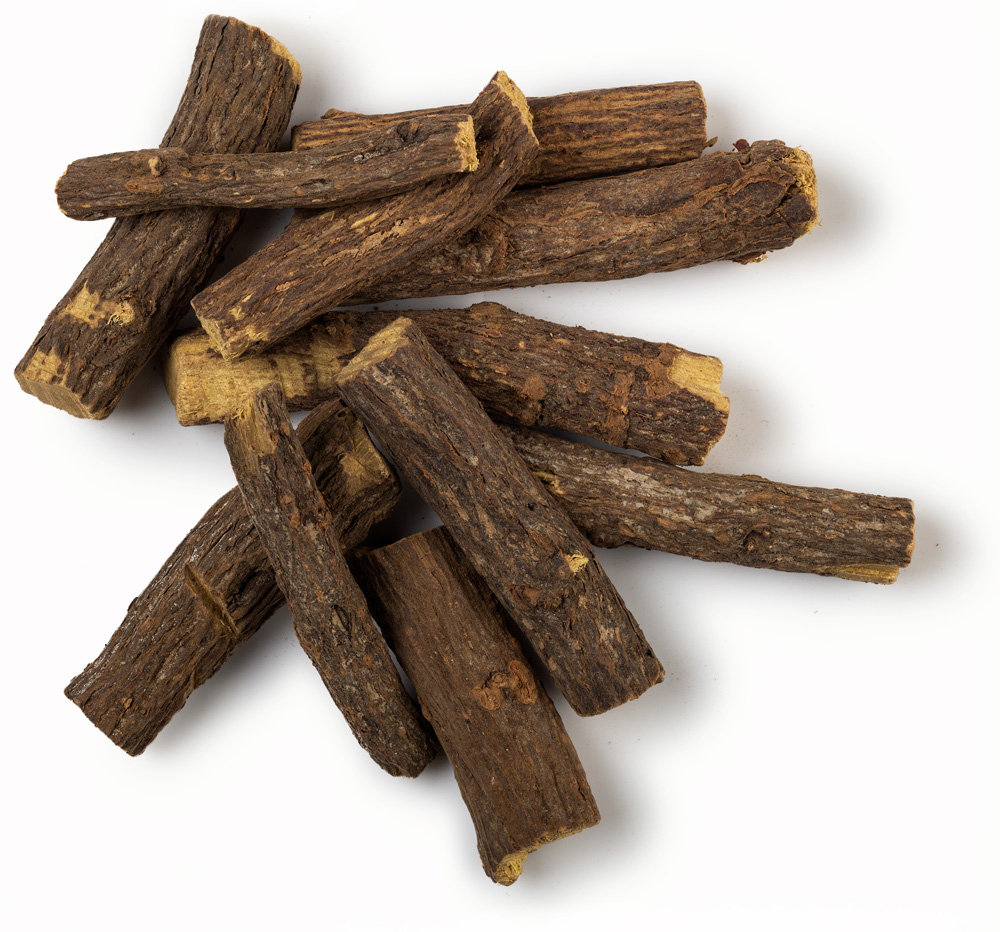 Liquorice sweets and medicines owe their characteristic colour and taste to the rhizomes and roots of the liquorice plant.

Liquorice is fifty times sweeter than sugar and able to mask unpleasant tastes. Used medicinally since at least the time of ancient Greeks, it is now an important medicine in its own right and is still used to treat coughs, stomach ulcers and other conditions today. It is of much interest to scientists due to its complex chemical make-up and is being researched for its possible benefits in treating HIV and cancer patients.

Topically, it is antibacterial, anti-inflammatory and moisturising. It has been used by herbalists to aid wound healing.

The Latin name comes from the Greek words glukus and rhiza, meaning ‘sweet’ and ‘root’ respectively.

Liquorice grows wild in Asia and southern Europe, but is mostly cultivated in the Mediterranean region. Liquorice in USA is usually flavoured with aniseed. Dutch, Nordic and Scandinavian countries like theirs salty or sour. Most of the world's commercial production of liquorice is used to flavour tobacco.

Liquorice sweets are made by boiling down the roots and concentrating the solution.

We make our own liquorice root decoction by simmering the roots in boiling water.

We use liquorice root decoction in our Coalface facial cleanser for its antibacterial and moisturising qualities, giving you a deeply cleansing facial wash.

Liquorice Root Decoction can be found in these products

View all products
New
Coalface
Facial Soap
Watch this face
HK$115.00
/
100g
0.00 (0)
Cancel
Back
Choose your knot wrap Confirm knot wrap design
Accept Cookies
Fancy a Chat?
In order to speak with one of our team, please accept Olark cookies and we will be happy to help!